Laid back live music for that perfect atmosphere!

Professional singer accompanied by a pianist, offering live music and singing for restaurants, lounges and bars. We have our own equipment that can be used in any location.

Jessica Magro is a singer based in Malta, who was born on 5th February 1990 and raised in Ħaż-Żebbuġ. Jessica’s singing career started way back in 2002 when her school music teacher of the time complimented her on her beautiful voice and suggested that she starts taking singing lessons. From then on, Jessica started taking singing lessons at the age of 12 with Doreen Galea.

Jessica was one of the 18 finalists in the 41st edition of L-Għanja tal-Poplu 2017 with the song Meta r-Ramel jitħallat mas-Silġ, composed by Pamela Bezzina and written by Paul Ellul. She placed 1st in this prestigious concert. She was accompanied by a 40 piece orchestra conducted by Mro. Paul Abela and Mro. Joe Brown. Also, she was backed by 4 backing vocals namely, Jackie Pace Delicata, Josef Tabone, Antonella Rapa and Angela Spiteri. The musical arrangement of the recorded song was set up by Aldo Spiteri at Beehive Studios in Ta' Xbiex. Apart from being a soloist, Jessica is also part of the choir EnKor and participated in Voices Heart & Soul as part of the choir.

Jessica has accumulated a lot of experience as a backing vocalist by taking part in the annual concert Strummin'. Also, she works as a session backing vocalists with various solo singers.

Jessica’s debut single Fearless was launched on 13th March 2019 followed by her second single Break the Silence on 20th October 2020, on all social media, streaming platforms and also aired on various radio and TV Stations. These two singles were written by Jessica herself and produced at Somnio Recording Studio by Cyprian Cassar and at WickedandLoud Studios by Matteo Depares. She is currently working on releasing more original material soon. 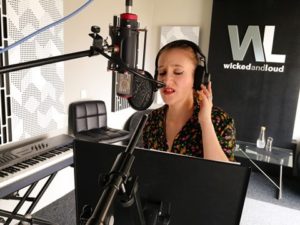 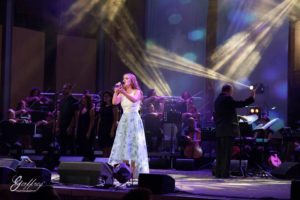 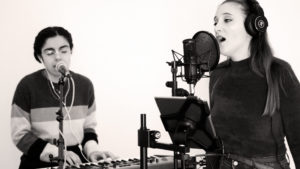