Weather in Malta: A Guide to Every Season

The weather in Malta is truly something that cannot be matched anywhere else. With just two seasons to worry about, weather in Malta can change drastically from one day to the next. This article will go through everything you need to know about weather in Malta and what it means for your stay on this beautiful Mediterranean island.

Malta is full of thrilling activities, pleasurable excursions, shopping sprees, street-side goodies, spa and sauna facilities, as well as simple sunbathing sessions. While the weather in Malta during January lends a festive air to tourists, the ideal time to visit Malta is between May and September. Every month in Malta, visitors are overwhelmed with new possibilities and diversions. The following is a summary of what to anticipate in Malta throughout the year.

During the winter season weather in Malta can be characterized as cold and wet. During this time of year, visitors are advised to pack up warm clothes that will keep them dry from heavy rainfall. The average temperature is from 13 to 18 degrees, making days very pleasurable (depending on rainfall) but nights quite cold.

There is no snowfall in Malta as weather in Malta is not cold enough to sustain it. However wind can be quite heavy during this time of year, resulting in the weather being very cloudy and misty. And when it rains, it rains heavily. This weather will make sightseeing difficult and outdoor activities demanding or even dangerous.

Rainfall during this season is among the highest throughout the year at around 200mm per month on average (almost four inches). Weather changes frequently so heavy rainfall may appear all of a sudden, which is then followed by a bright sunny afternoon making weather in Malta unpredictable.

You can enjoy winter weather in Malta and take advantage of the discounted rates on flights to this beautiful island. If you visit during January, February or March, you’ll find that many resorts are offering discounts as their peak season has passed. You will still be able to see some amazing sites, go swimming at the beach or out at sea with a boat tour, and enjoy the weather in Malta.

Malta enjoys a mild climate all year round with the weather being at its most pleasant during spring season which runs from March to May. This is when rainfall is usually plentiful, but temperatures are still comfortable and there are no major fluctuations between day and night time weather conditions. Temperatures range from 15 degrees Celsius during the night to 29 degrees Celsius in the day.

Also, this is when Malta’s weather conditions are at their best making it an ideal time for visitors to experience all that Malta has to offer including its picturesque coastal areas and beautiful weather.

The spring season also marks the beginning of water sports and many events take place throughout the island at this time of year. Such as the International Fireworks Festival, Festa Frawli, Isle of MTV, Medieval Mdina, Earth Garden and even the local feasts. Spring also marks the time when the natural beauty of​ Malta ​is at its peak. With several flora blooming and dotting the terrain of the destination, tourists are presented some of the most exquisite vantages including greenery swathed farmlands and multi-hued gardens. 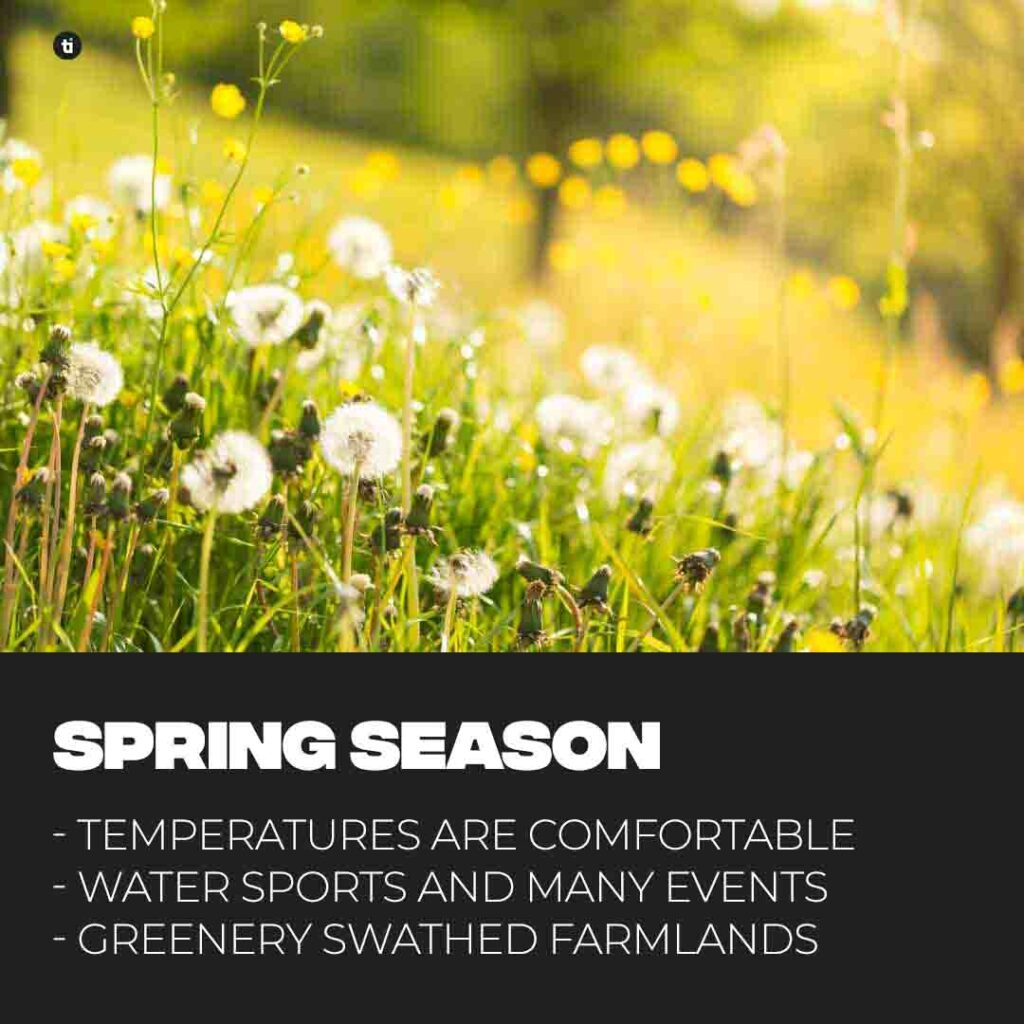 As spring progresses into summer weather in Malta becomes very hot and humid with temperatures during the day reaching as high as 35 degrees Celsius. At night it cools down to 20 degrees Celsius which is still relatively warm for those who are not used to such weather conditions.

Summer weather also marks a spike in water sports with most taking place between June and August due to optimum weather conditions. The season also hosts several music festivals, parties and local feasts which are held at various venues throughout the country.

Undoubtedly, this is the reason why tourism booms during the summer season, as well as the perfect weather to enjoy Malta’s sunny beaches and coastline. 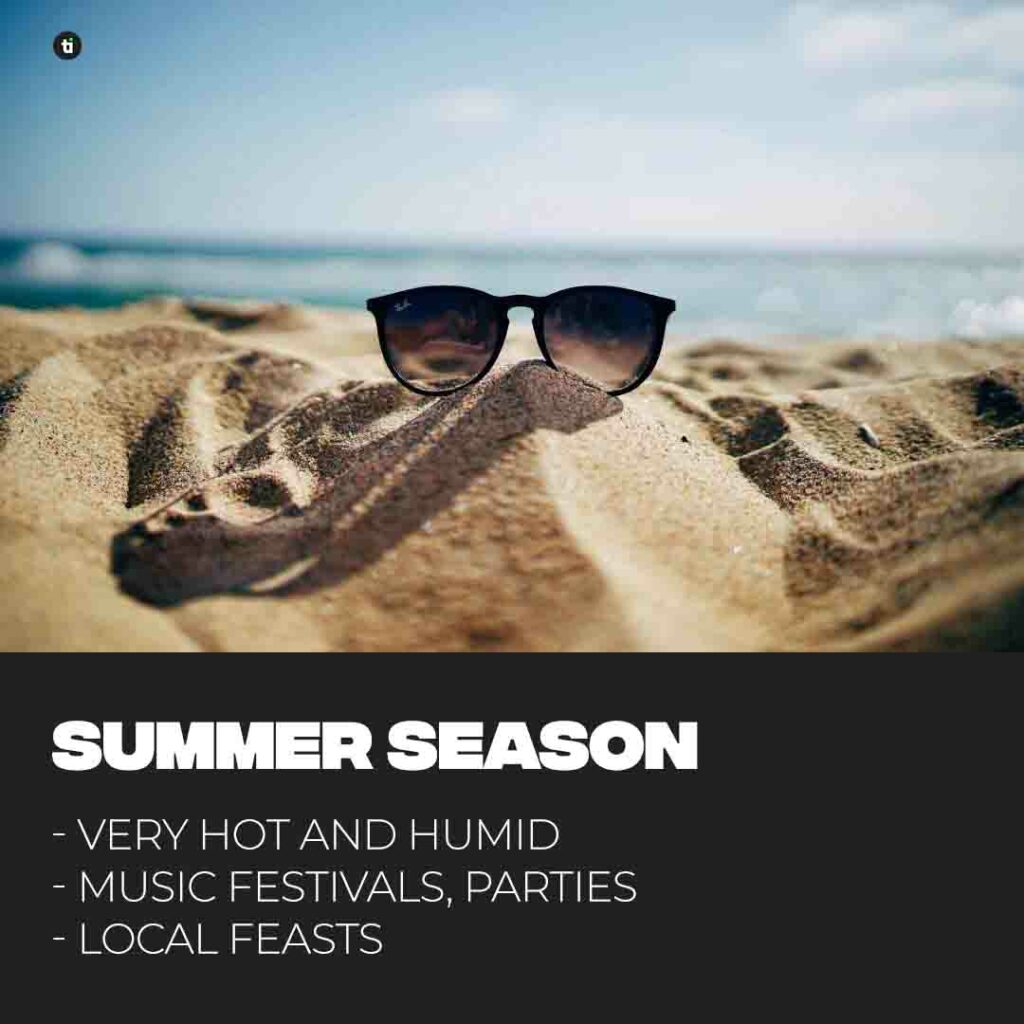 Malta weather then gradually begins to get colder towards autumn, with temperatures during the day dropping down between 20 degrees Celsius in September to 15 degrees Celsius by October. Nights however remain warm at around 17-18 degrees Celsius which means that there is less weather fluctuation during this season.

Malta’s weather conditions remain at their best and there are several events happening throughout the autumn months including the Malta Jazz Festival, Mediterranean Conference Centre (MCC) and so on. As such visitors can really experience all that Malta has to offer in terms of entertainment without having to worry about extreme weather conditions.

The soothing ​weather in Malta​ during November comes packed with several other perks such as reduced rates on spa and massages, cheaper accommodation options and peaceful beaches with less crowd. Malta Mediterranean weather makes it a desirable destination, as against other unlively and freezing destinations.

With some days cloudy, sometimes rainy and some days sunny, Malta gives tourists a taste of all weathers. The ​climate in Malta ​is well suited for families, couples, peace-seekers, surfers, adventure enthusiasts and basically everyone! Be it dining options, shopping sprees, or day outs, Malta​ is​ideal for every kind of diversion.